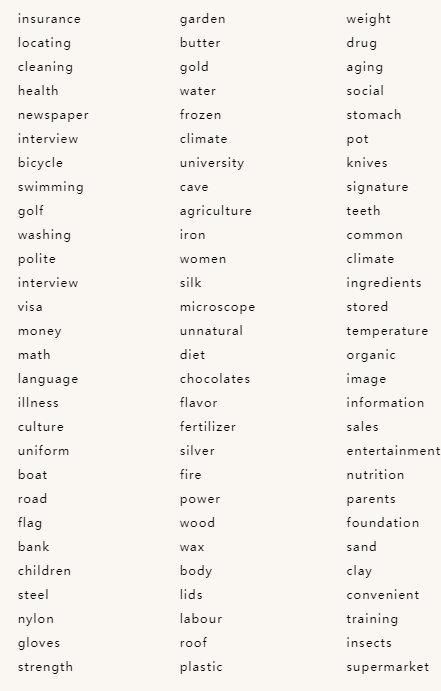 1. Some people think that social skills are as important as academic qualifications. To what extent do you agree or disagree?

2. Some people think that language should be taught in small classes， while other people think the number of students in a language class does not matter. Discuss both views and give your opinion.

3. Some people believe that parents have great influence on children’s growth, but others think that influence from the outside plays a more important role. Discuss both these views and give your own opinion.

5. Computers are often argued to be the most important invention of the last hundred years. To what extent do you agree or disagree with this statement?

6. Universities and colleges are now offering qualifications through distance learning from the Internet rather than teachers in the classroom. Do you think the advantages of this development outweigh the disadvantages?

7. Today, the high sales of popular consumer goods reflect the power of advertising and not the real needs of the society in which they are sold. To what extent do you agree or disagree?

8. Some people think that the best way to reduce the time spent in traveling to work is to replace parks and gardens close to the city center with apartment buildings for commuters. To what extent do you agree or disagree with the statement?

9. In some countries men and women are having babies late in life. What are the reasons? Is it a positive or negative development?

11. Some people think people working in creative arts should be financially supported by government. Others think they should find financial support from other resources. Discuss both sides and give your opinion.

13. In recent years, “responsible tourists” have paid attention to preserving both culture and environment of the places they visit. However, some people say that it is impossible to be a “responsible tourist”. To what extent do you agree or disagree?

14. Natural resources such as oil, forests and fresh water are being consumed at an alarming rate. What problems does this cause? How can we solve these problems?

15. Many people believe that international tourism has harmful effects. Why do they think so? What can be done to change their views?